THE CITY of London Corporation has launched a public consultation on improvements to the public spaces in the “Eastern City Cluster.”

The Square Mile’s local authority says it wants to receive views about a range of proposals to the public realm in an area which has become home to a group of the City’s tallest buildings.

A range of proposals have been published including traffic calming measures, prioritising pedestrian routes, introducing greenery, and improving crossings.

The strategy has an ambition “to create outstanding public spaces” between the tall buildings which include the Leadenhall Building, the just-approved Cheesegrater 2, the Scalpel and the Gherkin. 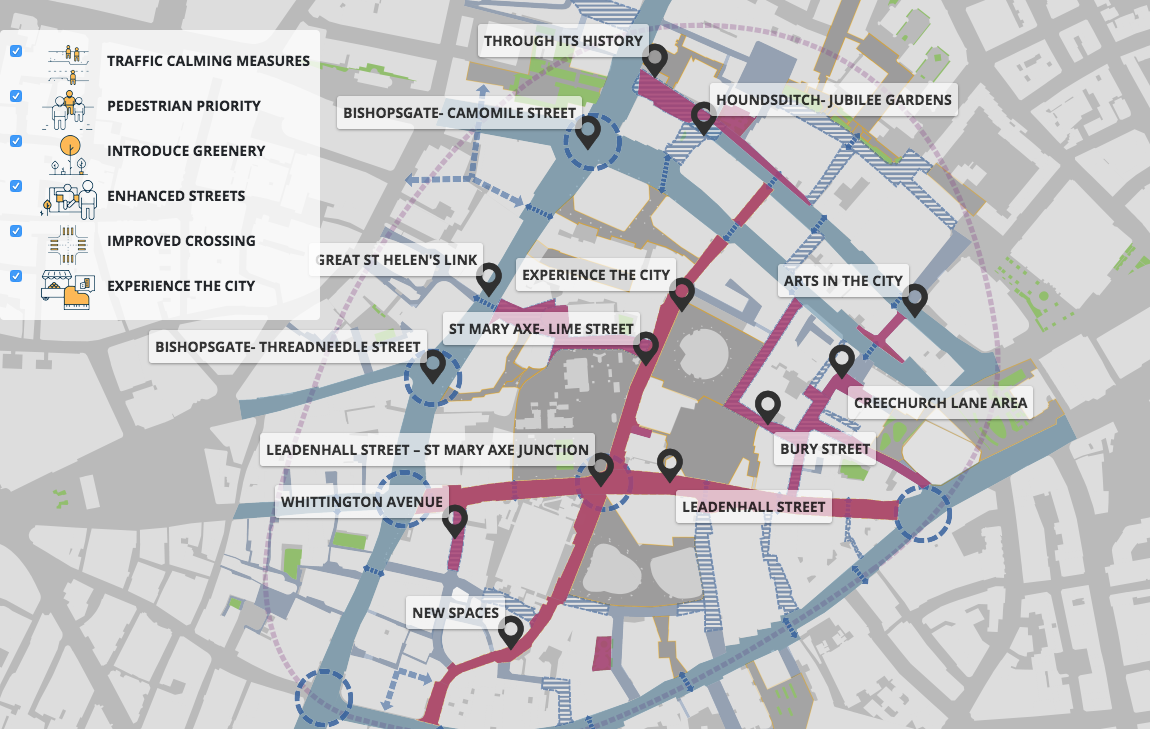 The consultation runs until August 5th.